EL SEGUNDO – The South Bay Lakers have finalized the team’s training camp roster and schedule, following the conclusion of the 2017 NBA G League Draft on Saturday.

The 16-man roster includes two-way players Vander Blue and Alex Caruso to go along with the additions of V.J. Beachem and Stephen Zimmerman as affiliate players from the Los Angeles Lakers, two additional returners from the 2016-17 Pacific Division champs (Andre Ingram and Travis Wear), five selections from the four-round draft, one player that was acquired through a draft-day trade and four local tryout athletes.

Following the conclusion of the draft, the Lakers traded the returning player rights to Troy DeVries to Wisconsin in exchange for Zane Knowles. 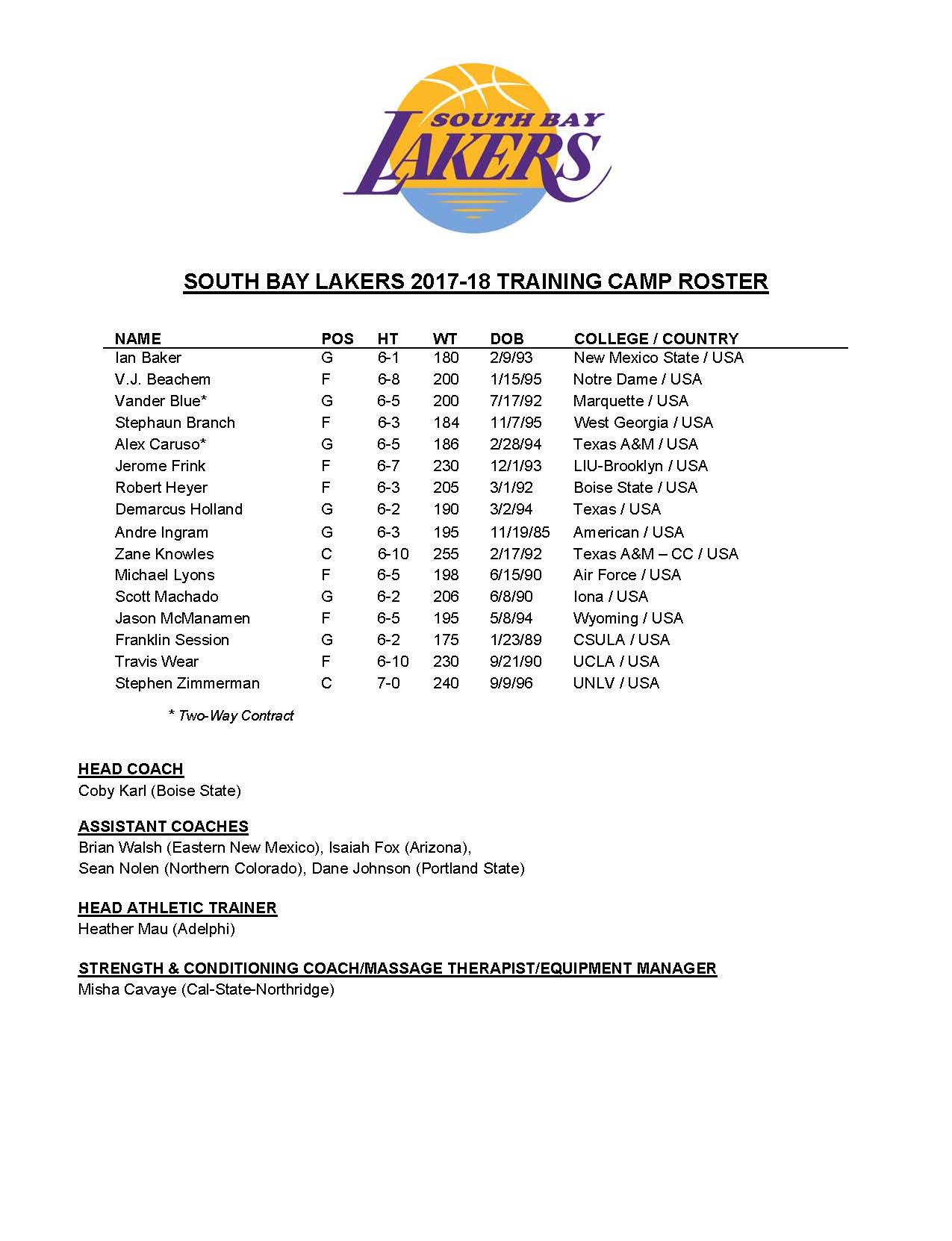 Additionally, South Bay has announced the schedule for its 2017 training camp that is set to begin on Tuesday, October 24, continuing through Friday, November 3. All practices will be held at the UCLA Health Training Center (2275 E. Mariposa Ave., El Segundo, CA 90245).

Media availability will take place following the conclusion of each practice session, unless otherwise noted. Media members planning to attend a practice session should make prior arrangements with Noah Camarena (ncamarena@sb-lakers.com) of the South Bay Lakers Media Relations Department. All times are subject to change or cancellation. 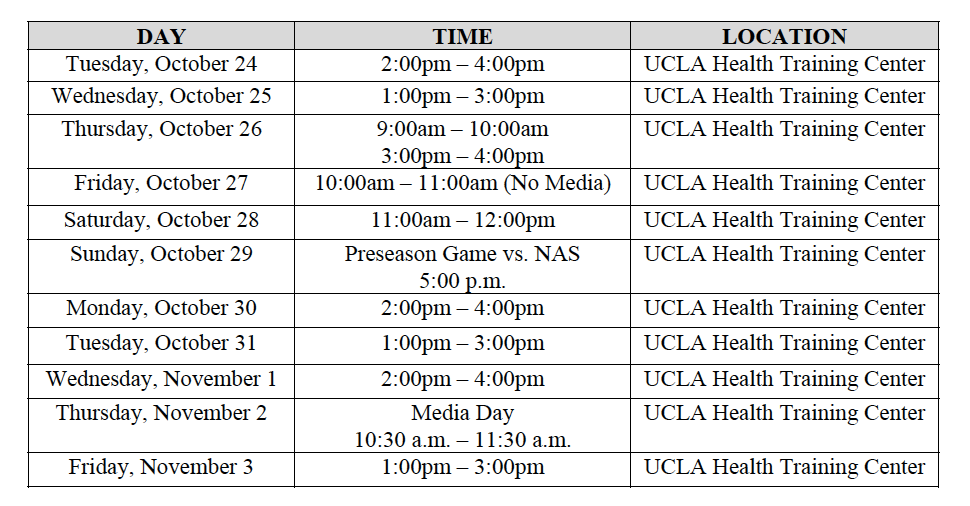 South Bay will open the regular season on the road against the Santa Cruz Warriors at 7:00 p.m. on Saturday, November 4, from the Kaiser Permanente Arena, when the 2017-18 NBA G League season kicks off with a record 26 teams.