The South Bay Lakers’ 2018-19 schedule is set, beginning at home in early November.

Opening night at the UCLA Health Training Center will be held on Nov. 3 against the Stockton Kings, whom they beat in last year’s Western Conference Semifinals.

Two days later, they will be among the first to visit the Kings’ new arena, as the teams’ rematch will be the second G League game held in Stockton.

December will be a home-heavy month for South Bay, which will play seven straight games in El Segundo, from Dec. 7 through Jan. 3 (though this could split by the still-unannounced G League Winter Showcase).

One of those tilts will be against the G League’s newest team, as the Lakers host the Capital City Go-Go on Dec. 13.

South Bay won’t have too many grueling trips, as most of its road swings are of the one- and two-game variety.

The Lakers do have three straight away contests from Feb. 10-20, but receive a week off between the final two games. The longest true trip will be a five-day, three-game venture from March 9-13.

South Bay’s home finale falls on March 21 against Stockton, and two days later it closes out the regular season in Northern Arizona against the Suns.

The G League playoffs will begin on March 26 at the earliest. 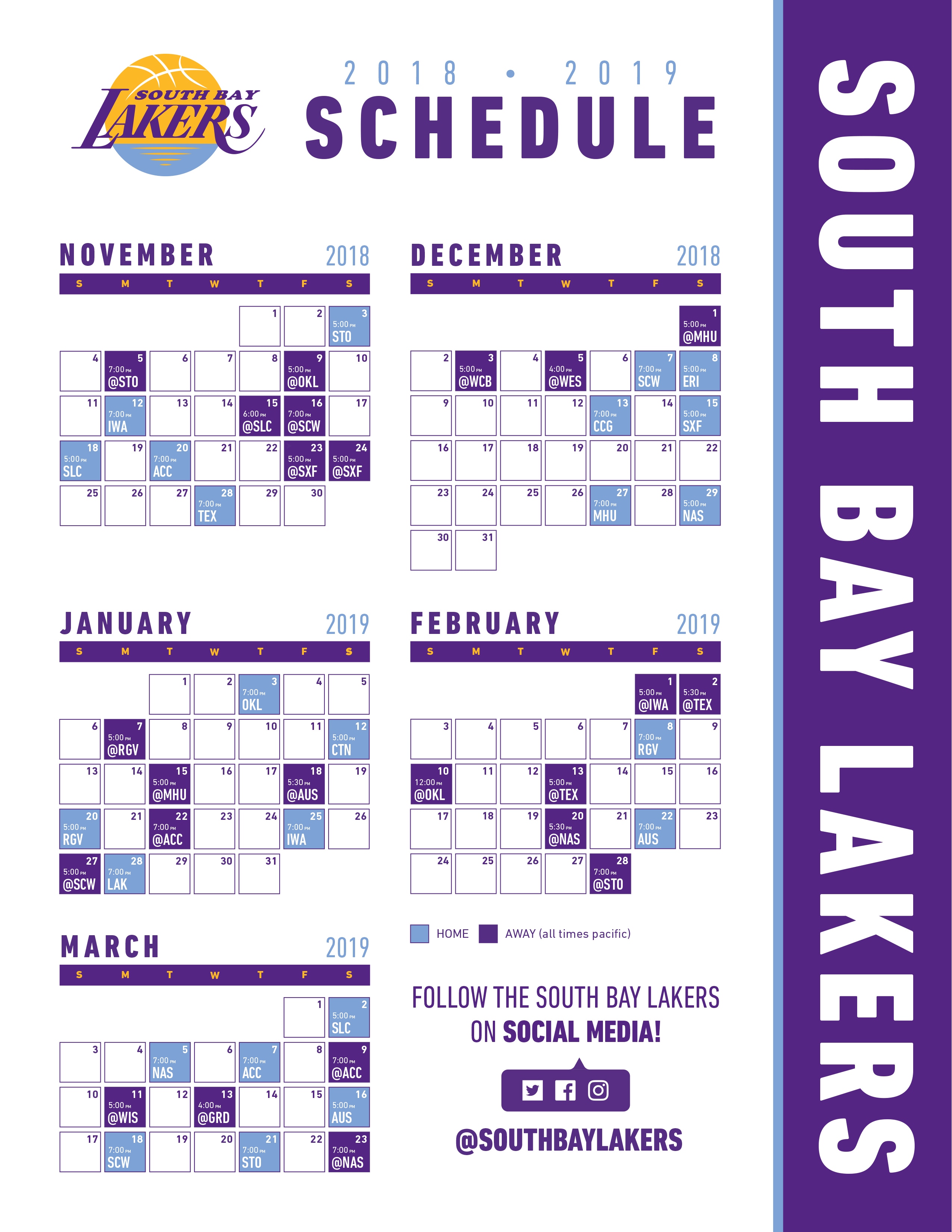