That spoken sentence played a prominent role in the life of Stephaun Branch.

Growing up in Upland, California, the now 22-year-old NBA G League Rookie for the South Bay Lakers had zero validation from others throughout his formative years that basketball would land him where he is today. That’s why it’s a testament to his self-determination for not only following, but actually believing in his dreams.

“I’ve always had hoop dreams,” Branch recalls as he replays back the moment they started. “But I wasn’t physically gifted when I was young.”

That is a fact. Branch, who stands six-foot-five today, barely stood five-foot-six on his tippy toes as a freshman in high school. He was cut during tryouts in his freshman and sophomore years, played junior varsity his junior year and finally made Upland High’s varsity team his senior year thanks to a pre-tryout growth spurt that had him standing an even six-feet tall.

However, his basketball fairy tale didn’t take off from there, because he rode the bench almost his entire senior season and only remembers playing a few minutes all year.

No one could’ve understood the value those minutes gave to him and how it was the motivating factor behind seeking out a college that would allow him to continue playing the sport he had grown to love.

“No colleges wanted me.”

None? Not even one recruiter or coach reached out?

Reflecting on that memory, you can feel that his basketball dreams were dead to everyone but himself.

“I’ve never been a quitter. My mom beat that in my head.”

Thus, he enrolled early at Mount San Antonio College – 13 miles from Upland High School – so he could take a conditioning class that was a requirement for trying out for the basketball team. At age 17 and a mere 10 days removed from walking across a stage to accept his high school diploma, Branch sweat through the four workouts per week in 100-plus degree temperatures. His sole focus was to never finish last in any drill and do his best to finish first so that he’d stick out to the coaches and other players.

Next thing you know, he finished the class and secured a roster spot after fall tryouts. Months later, he finished his freshman year at Mt. Sac averaging a double-double and earned second-team all-conference recognition. Sophomore year ended up being even better as the Mounties earned the No. 1 ranking in the California Community College Athletic Association (CCCAA) en route to a 27-2 season that ended with a bittersweet loss to Long Beach City in the playoffs.

Despite the team success and personal accolades, Steph’s name hadn’t filtered much beyond the CCCAA.

“A few Division I schools had spoken to me after my sophomore year, but they all passed. I was thinking of trying to head to Cal State Dominguez, but then a college came out of nowhere.” 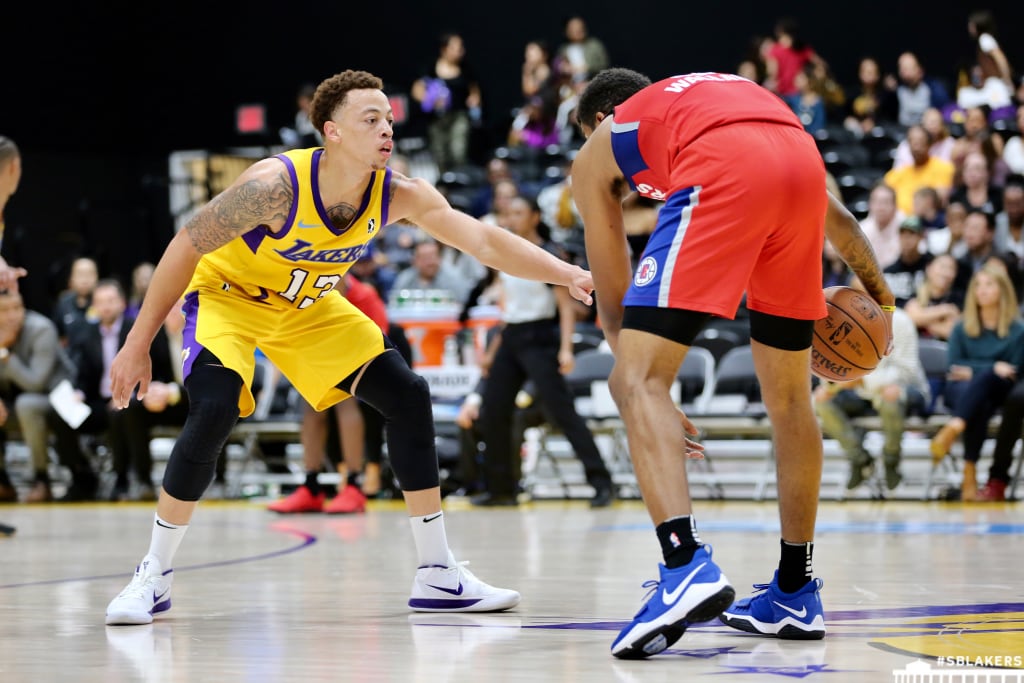 West Georgia men’s basketball head coach Michael Cooney was on a nearly 500-mile bus ride back to Carrollton, Georgia after a crushing defeat from eventual-champion Florida Southern in the second round of the 2015 Division II NCAA Tournament. Plotting his needs for the following season, he had his sights set on recruiting center Shannon Fowler from the same community college team Steph Branch was on.

“A good friend of mine runs a scouting service out west, knew we’d been in need of a big and suggested I look at this six-foot-eight center Shannon Fowler,” Cooney recalls. “(Mt. Sac) head coach Clark Maloney is also an old friend, so I call him up and he tells me that if I want to recruit Shannon I need to be in their gym ASAP.”

Cooney landed in the Mounties gym two days later to watch Shannon and his teammates run through a workout. Reassured about Shannon’s ability within minutes of it starting, he couldn’t take his eyes away from someone else as the workout progressed – Steph Branch.

“I see this very young and unusual player,” Cooney begins as he re-envisions it all. “He sprang off the floor like he had springs in his shoes. He was brash and aggressive, but at the same time had incredible timing and body control.”

After a long coach-to-coach conversation with Maloney, Cooney approached Branch for the first time and boldly said, “I didn’t come here for you, but I’m not leaving here without you.”

It was the first moment of Steph’s basketball career that he felt legitimately wanted. After a month of keeping in touch with Cooney, Branch committed and made the 2,113-mile trip east, across seven states he had never seen before, to arrive at the University of West Georgia.

“I took it as a growing up decision,” Branch reflects. “I had always been surrounded by family and they had been able to shelter me.”

At age 19 and entering his junior year of eligibility, he made an immediate impact and earned second team All-Gulf South Conference honors by leading the Wolves in minutes, points and rebounds.

“I had always wanted to be a Division I player, but it didn’t happen that way and I took that with me to West Georgia. I wanted to show everyone that I was better than D2.”

Senior year at West Georgia arrived and Branch exploded, averaging a team-high 19.6 points and 8.5 rebounds per game. His 549 total points for the season were 219 more than his next closest teammate, leading to him earning a repeat of second team All-Gulf Conference honors.

However, the unfortunate part of Division 2 is that it doesn’t offer the platform that Division I March Madness provides, where one big game by a player or a team upset can morph into an overnight national spotlight. So without the glitz and glamour, Branch finished off his senior season, graduated from West Georgia, and turned his attention to the upcoming NBA Draft.

Draft day arrived and went without the phone call he was hoping for. He wasn’t among the 60 players selected, but it didn’t derail his aspirations to play professionally. He latched on with an agent, who quickly tried to secure him a spot on an NBA Summer League team or eventual NBA G League team tryouts.

“I was in China doing a basketball tour and my agent told me I had to fill out some paperwork.”

He saw the Lakers logo on the paper, his eyes widened, and he filled out the forms that would secure him a spot in the South Bay Lakers open tryout. Surrounded by 50 other players, some of which had prominent Division I experience, Branch stuck out. He was asked to return for a second tryout and this time around there were only 15 total players competing. He was determined to be the player South Bay brass couldn’t pass on.

Intensity is leveling up! #SBLTC

Dreaming in Purple and Gold

His effort throughout the tryout process paid off and earned him an invite to South Bay Lakers training camp, where he’d compete once again against players with Division I, overseas, and prior NBA and NBA G League experience. None of it intimidated Branch, who put together a strong camp and became one of five players to score in double figures during South Bay’s only exhibition game. Cut-down day came and went without a phone call, but this time it meant good news. He was one of 12 players to make the opening night roster.

Now over a month into his rookie season in the NBA G League, Branch has seen his minutes on the floor increase from three in the season opener at Santa Cruz to as high as 23. In a recent game at Iowa on November 27th, he scored a career-high 21 points on 8-of-13 shooting, which included three-of-four from beyond the arc. Once the highlight reel from his career-best game hit @SouthBayLakers Twitter, chatter erupted from his fans in nearby Upland to those still following his career from West Georgia.

“There’s not a lot of people who know who I am, so my play has always been to say ‘Here I am’.”

.@That_Guy_Steph was in full attack mode off the bench, scoring a career-high 21 points in just 20 minutes. #SBLakers pic.twitter.com/swagfWymSm

Take notice that it doesn’t mean his game needs to be flashy in order to garner awareness.

That style has been an irritant to opponents. Offensively, Branch has the ability to drive the lane with authority as well as shoot from three. Defensively, he’s consistently in the face of the player he’s guarding.

It’s as if the chip on his shoulder has doubled as the internal voice when he’s competing, because it’s easy to see the brash and aggression Coach Cooney first mentioned seeing on display when watching him back in Walnut, California.

“I’m blessed to have this opportunity in the G League,” he says standing on the practice court looking around at the Lakers Championship Banners that hang from the ceiling.

It’s surely a distinct difference from the back alley that first introduced the game to him with a hoop that needed water inside the base and rocks on top of it to keep from tipping over.

“Nothing in this world is going to be given to you. You have to take it.”

He’s seized every opportunity so far, even if no one has been expecting it.