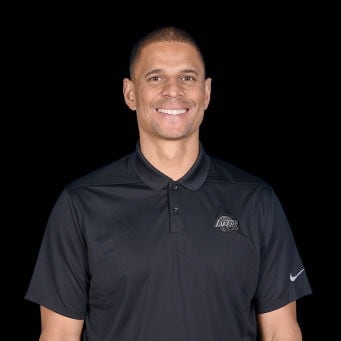 Miles Simon is the ninth head coach in franchise history.

Simon joins the South Bay organization after spending five seasons as an assistant coach with Los Angeles, having been a member of the 2020 NBA Championship staff under Head Coach Frank Vogel. Simon has twice led the charge for the Lakers summer league teams, leading the team to a championship game berth for the second consecutive summer in 2018, after taking home the 2017 Las Vegas Summer League title as an assistant on the staff. Since joining the Lakers, Simon has at times been responsible for the pre-draft workout process and has assisted with the offseason development programs for current Lakers players.

Simon first joined the Lakers organization after serving as head coach of the 2017 USA Junior National Select Team for the Nike Hoops Summit, leading the USA to a victory over the World Select Team. Simon won gold medals as an assistant for the 2016 USA Men’s U17 World Championship Team, as well as the 2015 USA Men’s U16 National Team. In addition to his work with USA Basketball, Simon has also served as a college basketball analyst for ESPN.

The Arizona alumnus was the 1997 NCAA Tournament Most Outstanding Player after leading the Wildcats to a National Championship as a junior. Upon graduation, Simon played one season for the Orlando Magic before spending time overseas and in the CBA. After his playing career, Simon spent three seasons (2005-08) as an assistant coach at Arizona on Lute Olson’s staff. 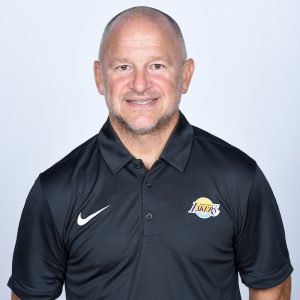 Brian Walsh enters his ninth season with the South Bay Lakers in 2022-23, bringing an extensive background of coaching with him.

A teacher of the game at virtually every level, Walsh gained a wealth of experience at the international level by working in a coaching capacity in countries such as Venezuela, Belarus, China and Vietnam. Before joining the South Bay Lakers staff , he helped develop
younger players at Albuquerque (NM) High School.

Walsh got his start at the professional level with the New Mexico Slam of the International Basketball League, serving as head coach and director of player personnel. He has served as an assistant at the G League level with the Lakers, Dakota Wizards, Colorado 14ers and Rio Grande Valley Vipers. Eventually ending the 2007-08 as the Vipers’ head coach, Walsh closed the season with a 4-0 record and continues to hold the G League’s highest career win percentage in a head coaching role. Internationally, Walsh took over as head coach of the Al Ahli Professional Sports Club in 2009-10, winning the SBL U19 Championship, while reaching the semi-finals of the Arab Nations Cup.
He also served as head coach of Gambusinos De Fresnillo in Mexico (2006) and was an assistant for Guaiqueries in Venezuela (2012-13). Dane Johnson enters his seventh season as an assistant coach with the South Bay Lakers in 2022-23.

Prior to joining the Lakers affiliate, Johnson previously served as a coaching assistant with the team in 2016-17. He entered the coaching ranks while working at The Hoop in Salem, Oregon, a competitive basketball training facility that works with young basketball players.

Johnson played a year at Western Oregon University, earning Great Northwest Athletic Conference Freshman of the Year honors, before transferring to Portland State, where he led the Vikings in assists in his final season in 2011-12. His basketball career dates back to his days at St. Francis DeSales (OH) High, where he led his team to two undefeated league championships and was a first-team all-league selection for three years. He went on to play a year in the International Basketball League before transitioning to a coaching and mentorship role. He is a native of Columbus, Ohio. 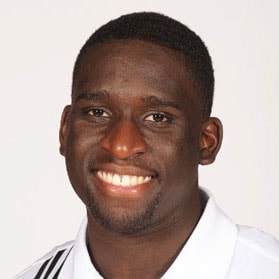 Fortune Solomon enters his second season as an assistant coach for the South Bay Lakers in 2022-23. Solomon spent the previous six years with the Oklahoma City Thunder as a player development analyst after working at Stanford University for two years as a recruiting assistant.

Solomon is also currently the lead assistant coach for the South Sudan senior men’s basketball team, who recently played in the FIBA AfroBasket Tournament for the first time ever in 2021. Solomon’s international experience spans even deeper as he was with the Nigerian senior men’s national team as a team manager/head of video for three years. 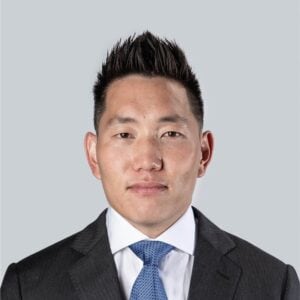 Jonathan Yim was a Player Development Coach for the Portland Trailblazers from 2016-2021. He then came over to join Miles, last season.

Prior to Dev Coach, he was Head Video Coordinator for Portland from 2012-2016. Yoni Afework enters his first season as Head Video Coordinator for the South Bay Lakers in 2022-23. Born and raised in Fort Lauderdale, FL, Afework attended a triad of colleges including Nova Southeastern University, Florida International University, and the University of Memphis.

Previously, Afework started with the Lakers as a Coaching Associate in the 2021-22 season before completing a brief stint as the Head Video Coordinator with the Seattle Storm. Since 2016, Yoni has worked with almost every single level in basketball including: Middle School, High School Varsity, Division 1, NBA, WNBA, and now the NBA G League. 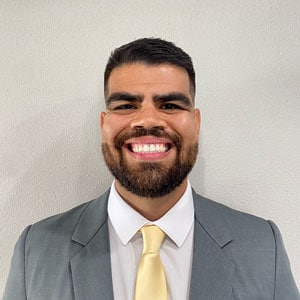 Oscar Garza enters his inaugural season as the South Bay’s Head Athletic Trainer in 2022-23. The Texas native completed his undergraduate studies at the University of Texas and postgraduate at Texas State.

His previous work experiences include NBA G League tenures with the Mexico City Capitanes and the championship-winning Rio Grande Valley Vipers during the 2021-22 season. A certified athletic trainer and strength and conditioning coach, Garza’s versatility will be a great asset to South Bay this year.

Saul Cruz enters his second season as assistant athletic trainer for the South Bay Lakers in 2022-23. Prior to his current role, Cruz served as a certified athletic trainer/strength and conditioning intern for the Agua Caliente Clippers (Los Angeles Clippers G-League affiliate).

Cruz attended California State University, Long Beach and received a B.S. in athletic training. The Los Angeles native is currently enrolled at Concordia University Chicago as he is pursuing a master’s degree in applied exercise science. 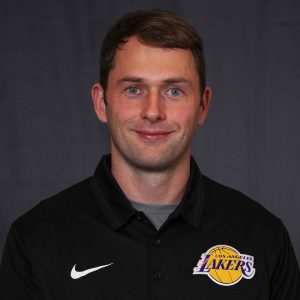 A native of London, England, Cavaye has an extensive history with the Los Angeles Lakers organization, having served as an assistant equipment manager with the team since 2011. Since 2014, Cavaye has been a performance coach with Velocity Sport Performance and a posture therapist for Myodetox, specializing at in-home pain treatment, rehabilitation and other manual therapies. He is a graduate of Cal State
Northridge and Concordia University. Jayson Yamsaki is starting his first season and the equipment manager for the South Bay Lakers in 2022-23.